Showing posts from June, 2020
Show All

UK Student Visa Process: What You Need to Know...! 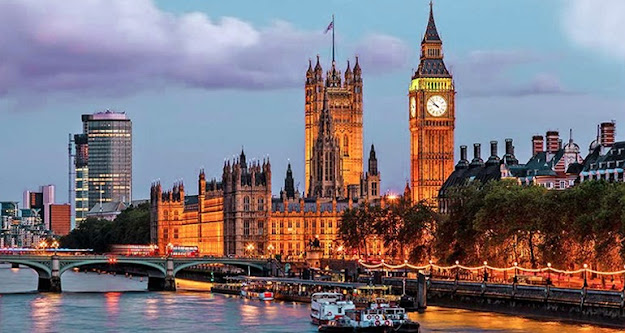 U K Student Visa Process : What You Need to Know...! The United Kingdom is home to one of the oldest and richest cultures in the world. It is a great blend of various cultures among the world and owing to the advancements in all fields, the United Kingdom has become one of the most promising places for students especially from India to pursue their education. The United Kingdom has a total of 12 universities in the top 100 universities in the world. England has the famous Oxford and Cambridge universities, which are very well known across the world and attract students from all over the world.  Securing Admission: Securing an admission among the best universities in United Kingdom requires: An undergraduate degree with second class honours or better he test scores usually need to be over 90 for online TOEFL An IELTS of 7.0 and at least 6.3 grade point is also a plus You will also need a Letter of Recommendation and a good Statement of Purpose. Visa Eligibility: Tier-4 Visa is basicall
Post a comment
Read more

Indian Government Education Loan Schemes To Help Students Study Abroad  PADHO PARDESH OBJECTIVE: The objective of this scheme is to awards interest subsidy to meritorious students belonging to economically weaker sections of the notified minority communities as declared in section 2(c) of National Commission for Minorities Act, 1992 so as to provide them better opportunities for higher education abroad and hence enhance their employability. ELIGIBILITY: You should have secured admission in the approved courses at Masters level/Ph.D./M.Phil level abroad courses. You must belong to a minority community. Under Section 2(c) of the National Commission for Minorities Act, 1992, the minor communities are Muslims, Christians, Buddhists, Sikhs and Zoroastrians (Parsis). More Information about section 2(c) of National Commission for Minorities Act, 1992 can be viewed from here. You should have availed loan from a scheduled bank under the   Educational Loan Scheme   of the Indian Bank Association
Post a comment
Read more

Path to Permanent Residency in the United Kingdom

Path to Permanent Residency in the United Kingdom The United Kingdom is one of the best choices for pursuing education as it is a great blend of people from around the world. It is also student-friendly and is amongst the leaders in almost all sectors. In total, the UK spent a staggering £83.4 billion on education in the year 2015-2016 and the numbers have risen up since then. The United Kingdom has a total of 12 universities in the list of the top 100 universities in the world. England has the famous Oxford and Cambridge, which are very well known across the world and are over 8 centuries old.  UK is a diverse blend of various cultures and the main religions are Christianity, Hinduism, Islam, Judaism. The rich and ancient history and a modern democracy make the United Kingdom a conducive place for Higher Education. In the year 2015, there were more than 4,00,000 students coming into the United Kingdom to pursue their education and the numbers have been rising since then. The United Ki
Post a comment
Read more

What are the Common Do’s and Don’ts for the IELTS Academic Writing Test? What to write and what not to write - tips to remember when taking the IELTS academic writing test The IELTS academic writing test is a must for those looking to get an education abroad at a country that accepts IELTS as a proof of effective English language skills possessed by non-native speakers. Often, the IELTS writing test seems to give sleepless nights to many students who are on the verge of taking the exam for the first time. However, even the students who would have earlier attempted the test find it quite challenging when they re-attempt it.  But if you can follow the common rules, or let’s say the do’s and don’ts while taking up the IELTS writing test, you can, perhaps, save yourself from unnecessary worries. So what are those common rules that you must follow, and things that you need to stay away from in the IELTS writing exam, in short  what you should and shouldn't write . Here we go: Do’s in
Post a comment
Read more
More posts